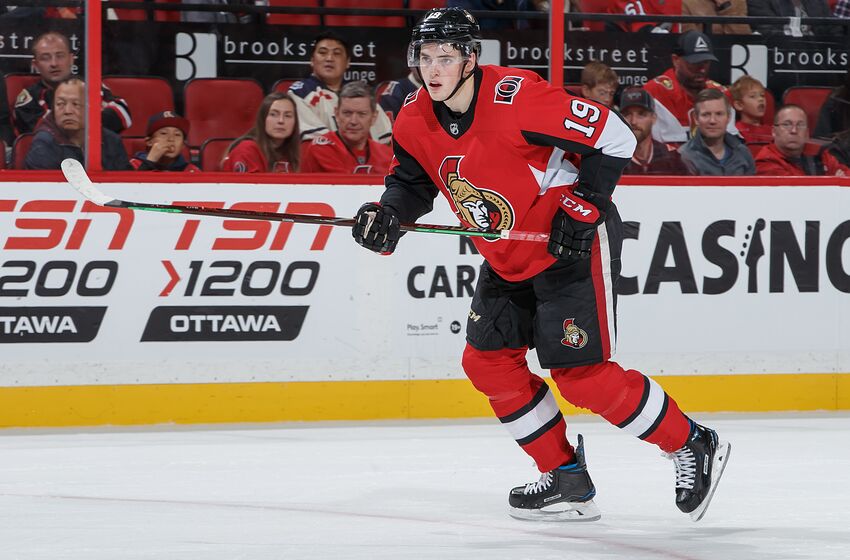 OTTAWA, ON - OCTOBER 5: Drake Batherson #19 of the Ottawa Senators skates against the New York Rangers at Canadian Tire Centre on October 5, 2019 in Ottawa, Ontario, Canada. (Photo by Andre Ringuette/NHLI via Getty Images)

The Ottawa Senators will take on the Chicago Blackhawks at 7:30 Eastern Time at the Canadian Tire Centre in Kanata, Ontario.

This is an ideal game for the Senators to get back in the win column, with the Blackhawks being 20-20-6 while the Senators are slightly worse at a record of 16-22-7. Both teams sit in seventh place in their respective divisions.

The player of focus for most Senators fans during this game should be the recently recalled Drake Batherson, who is playing much more confident than he was when he started the season with Ottawa. He has collected one goal and one assist in his four games since being recalled from Belleville and will look to assert himself into the lineup permanently.

In net it is apparent that D.J. Smith likes playing the hot hand so look for Marcus Hogberg (1-2-4,

The Senators will have to keep a close eye on the Blackhawks star Patrick Kane, who is putting together another great season with 24 goals and 33 assists in 46 games. He is the main concern for Ottawa but the Blackhawks aren’t short on talent.

They have one of the hottest scorers in the league over the last week in Dominik Kubalik. Who has five goals in his last four games and will be looking for more against the Senators. The Blackhawks also boast recent 40 goal scorer Alex Debrincat who has just 11 goals in 46 games this year but he still presents a significant problem to the Senators. Ottawa also can’t forget about Jonathan Toews who has 11 goals and 24 assists this year in 46 games and is applauded for his two-way game.

The Senators are an abysmal 2-4-4 in their last ten while the Blackhawks are 6-4-0. Ottawa will be looking to avoid eight losses in a row in this test versus the Blackhawks.