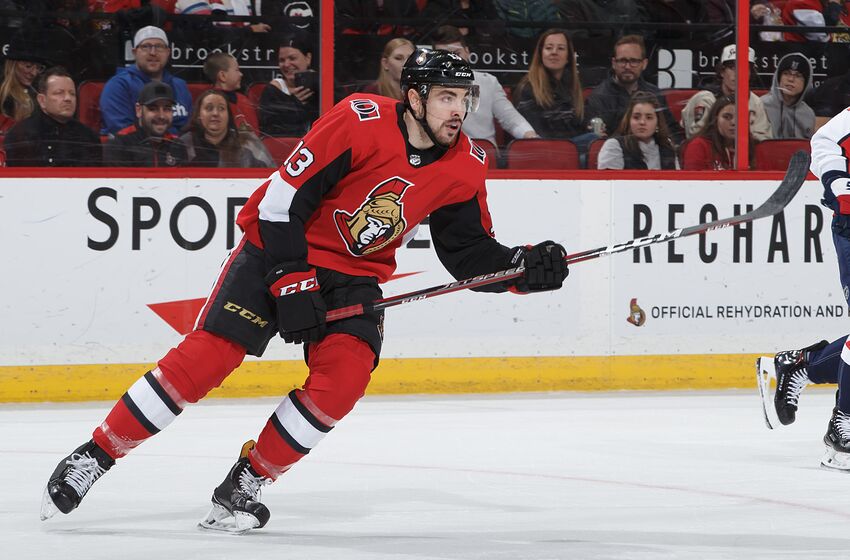 OTTAWA, ON - DECEMBER 29: Nick Paul #13 of the Ottawa Senators skates against the Washington Capitals at Canadian Tire Centre on December 29, 2018 in Ottawa, Ontario, Canada. (Photo by Andre Ringuette/NHLI via Getty Images)

The Senators play the Capitals at 7:00 Eastern Time at the Capital One Arena in Washington, DC.

This game could spell the return of both Dylan Demelo and Anthony Duclair, with Demelo coming off a broken finger which sidelined him for almost a month. While Drake Batherson is expected to play again after his one assist performance against the lightning on Saturday night.

Hainsey is questionable to return and Zaitsev has been ruled out.

Drake Batherson will play tomorrow regardless of the injury situation.

One of the problems whenever facing the Capitals is the duo of Alex Ovechkin and Nicklas Backstrom. Ovechkin has 24 goals and 16 assists on the year, he has been on a cold streak with just 4 goals in his last 15 games, while Backstrom has 8 goals and 24 assists in just 35 games. Lets see if the shutdown line of Pageau, Connor Brown and Nick Paul can contain the Capitals dynamic duo.

Not to be forgotten, John Carlson is putting together one of the best seasons for a Defenceman, he is on pace for 99 points and has a chance to be the first defenceman since Brian Leetch to reach the 100 point plateau. The Senators have to keep their eyes peeled on Carlson, especially when he activates and joins the rush where he can be lethal.

The Senators will try to get Brady Tkachuk going who has been held off the scoresheet in his last four games and will look for Colin White to flash his scoring potential.  White has just one goal in his last 25 games which is a large concern for the Senators.